On Art of the Occupy Movement

Before Occupy, I wouldn’t have known just how creative this city is. There wasn’t a true public space where people could create and share. But Occupy became that space: it connected people of different classes and professional backgrounds—to create in a way Hong Kong people had never been able to. In sum, Occupy was a massive space for Hong Kong to envision itself. 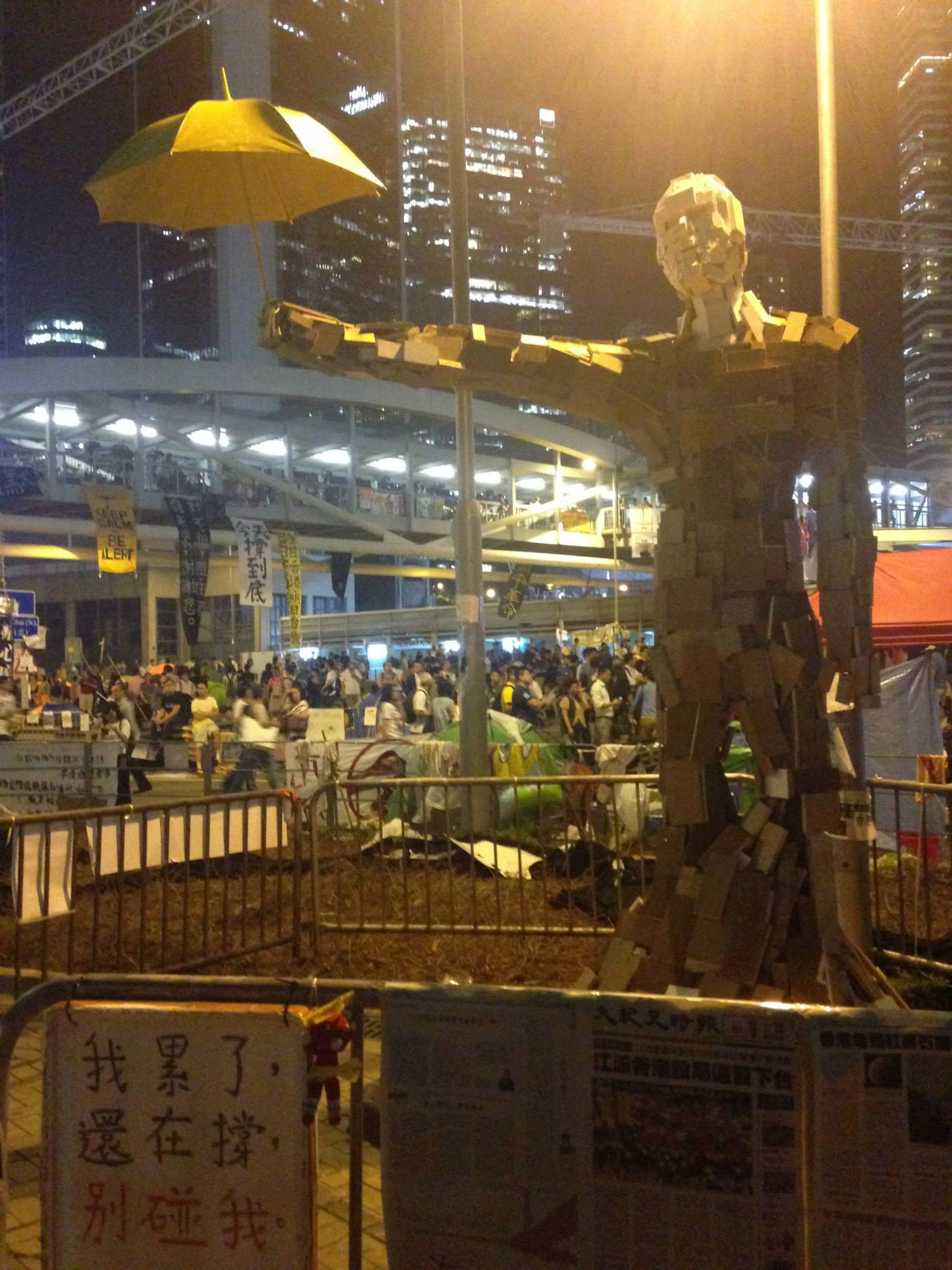 The art that emerged was spontaneous and fleeting: Post-it notes on walls and chalk on the sidewalk. As the movement changed, it was like a garden entering different seasons. There were the yellow ribbons and then, after the tear gas, the explosion of images of the umbrella, still later, the Lion Rock, and Xi Jinping holding an umbrella.

The creative use of language in signs was everywhere. I remember standing and looking at a wall outside the Admiralty MTR exit. There were posters mocking C.Y. Leung and other local politicians. Young professionals who seemed to be on their way home from work would stop and photograph them and giggle and guffaw at the humor. I had the sense that this was happening all the time during the protest—that people of every imaginable background, even those not directly taking part in the protest, were consuming the outflow of art and language play. 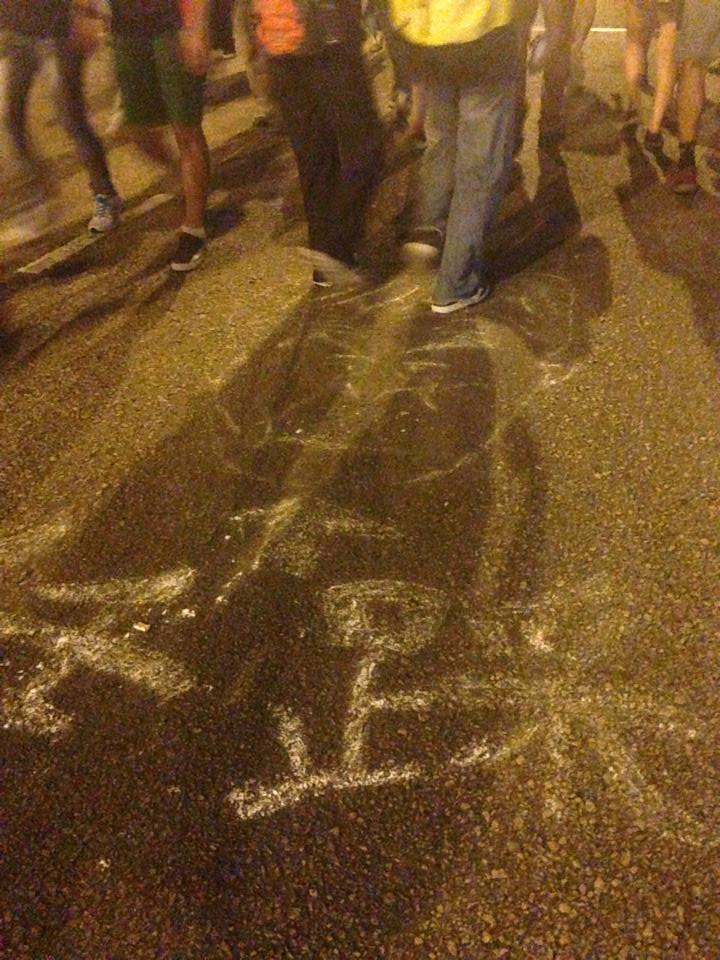 Arrow above characters for “Feel free to step on” points to picture of
HK Chief Executive C.Y. Leung, Admiralty, September 29, 2014.

It was also a time for experimenting in creative recycling and conservation. For example, umbrellas used on September 28, the night of the initial confrontation between protesters and police, were later repurposed, being torn apart and sewn together to form a canopy over the protest site. You saw a lot of that kind of thing.

Of course, an important part of the art of the movement was that the space was free and open. Everything in Hong Kong comes with a price. Art is for the shop and the gallery—something you don’t just pay for, but pay a fortune for. But at Occupy, the space for art was open, free, and welcoming. You were encouraged to be involved and experiment.