Indictment against Qin Yongmin for "Subversion of State Power"

On June 17, 2016, the Wuhan Municipal Procuratorate indicted Wuhan activist Qin Yongmin of “subversion of state power.” Qin had previously been sentenced to 12 years in prison for the same crime. Prior to the indictment, Qin was formally arrested on May 12 after having been disappeared for one year and four months.

Qin Yongmin is a longtime democracy and human rights activist who has advocated for "national reconciliation, adherence to human rights principles, positive interactions, and a peaceful transition of power." Qin was first convicted of "subversion of state power" in 1998. For more information, please see: http://www.rosechina.net/rq/jdxx/2016-07-02/7835.html 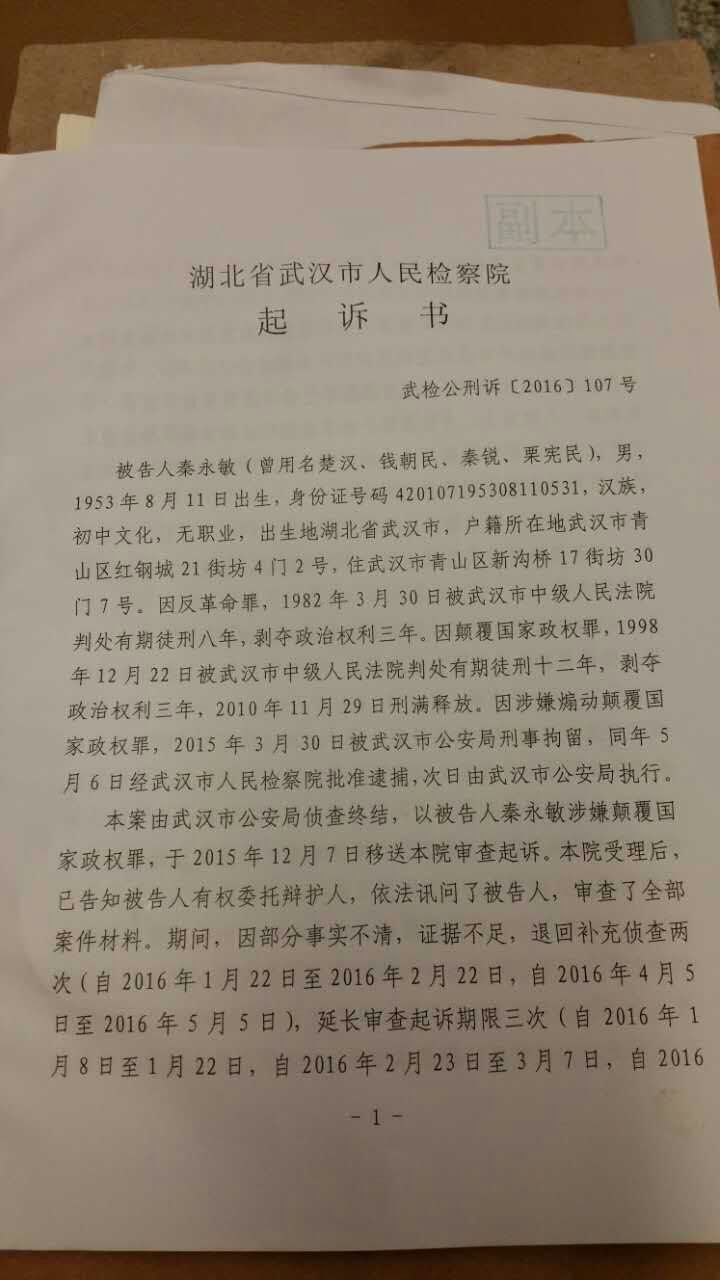 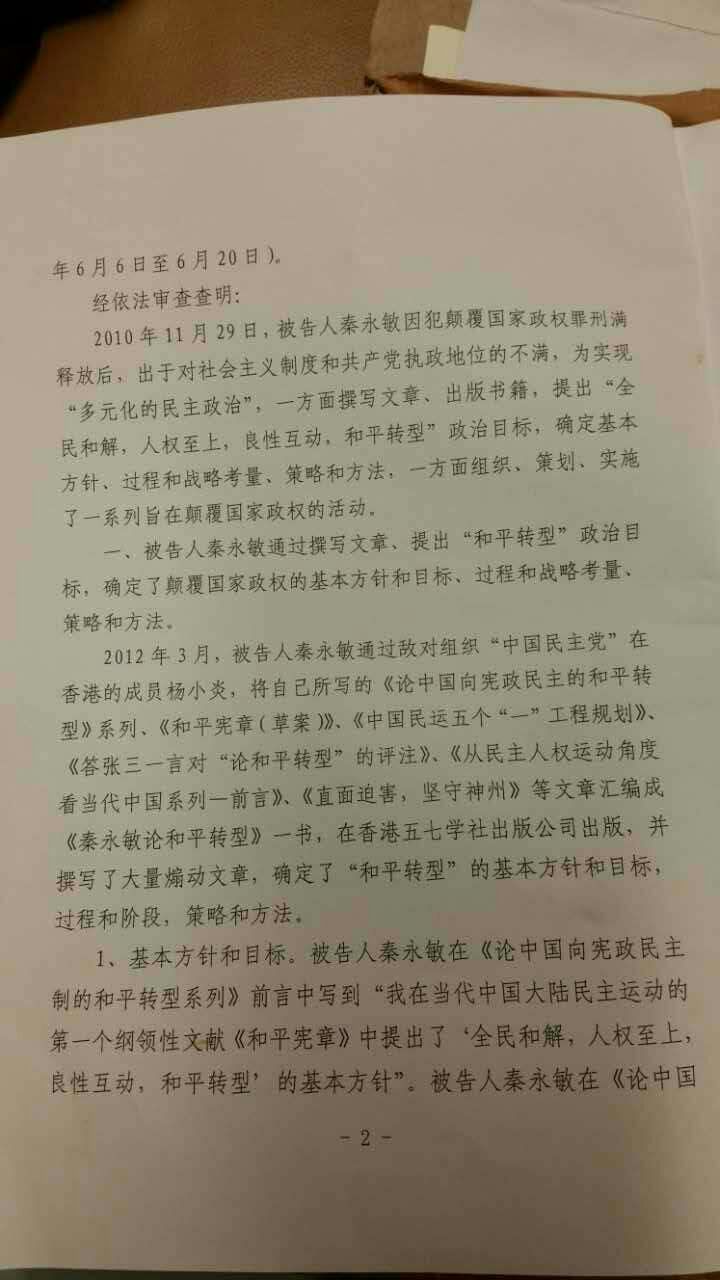 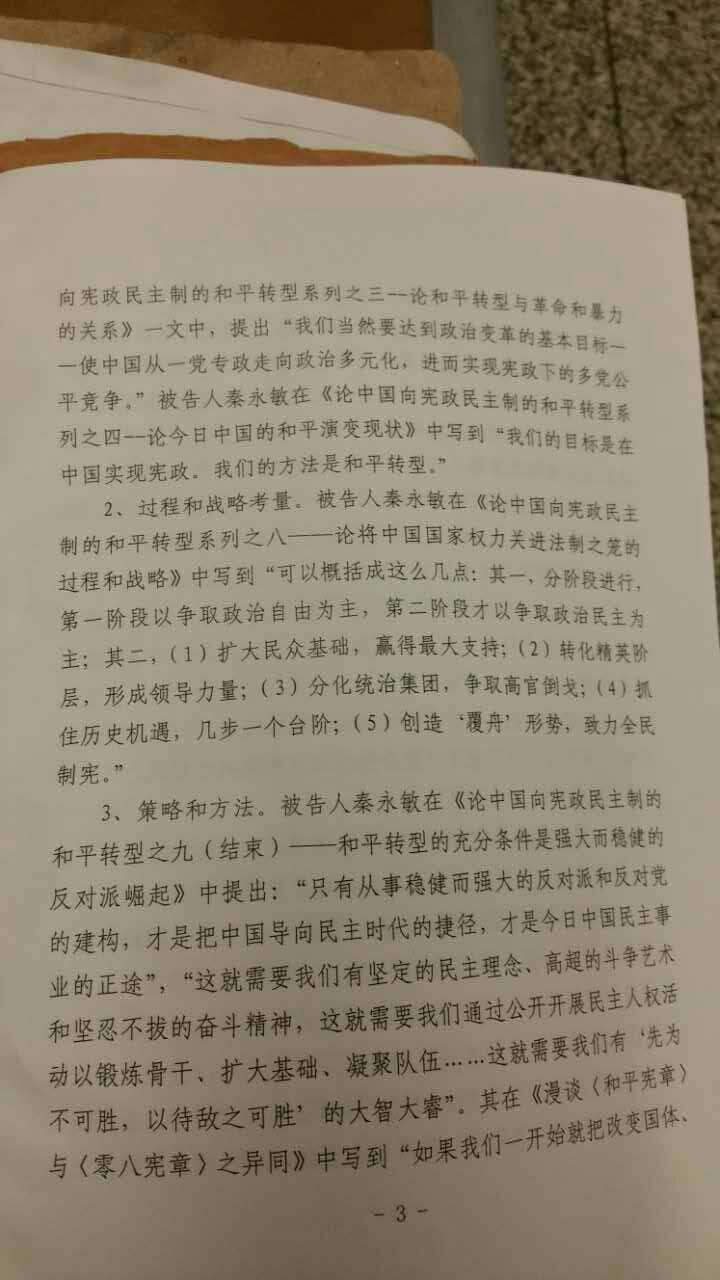 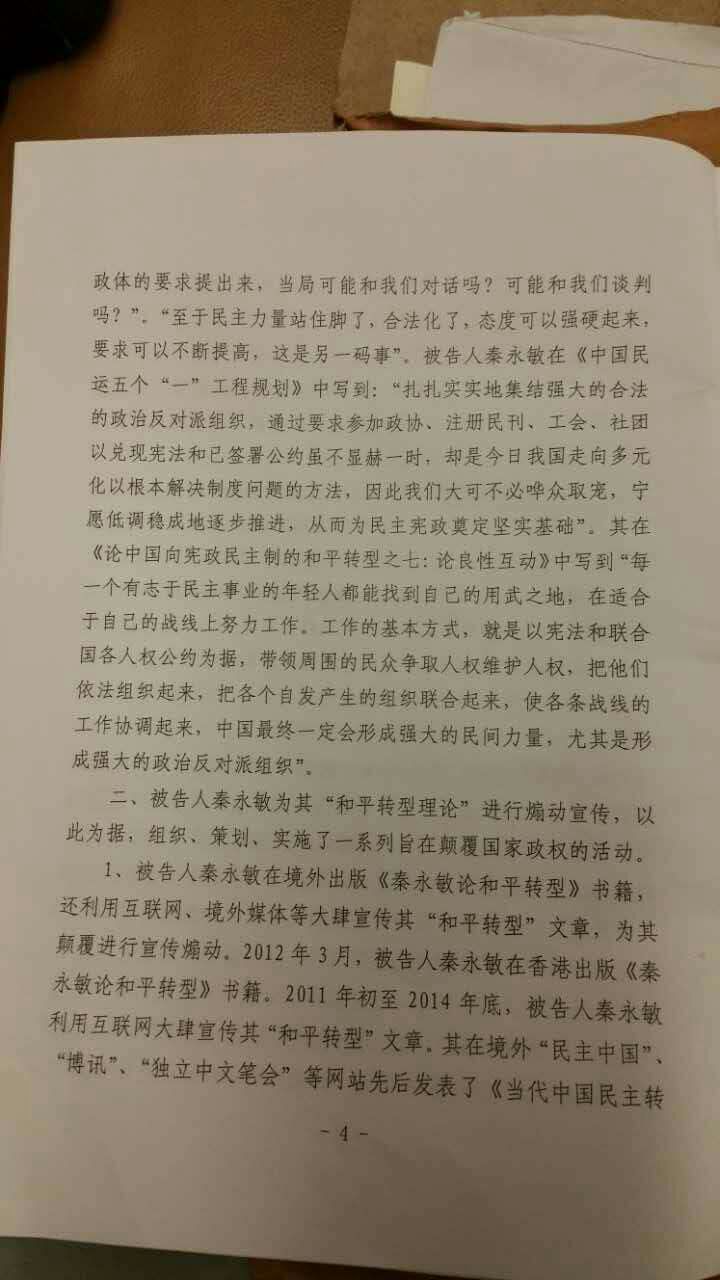 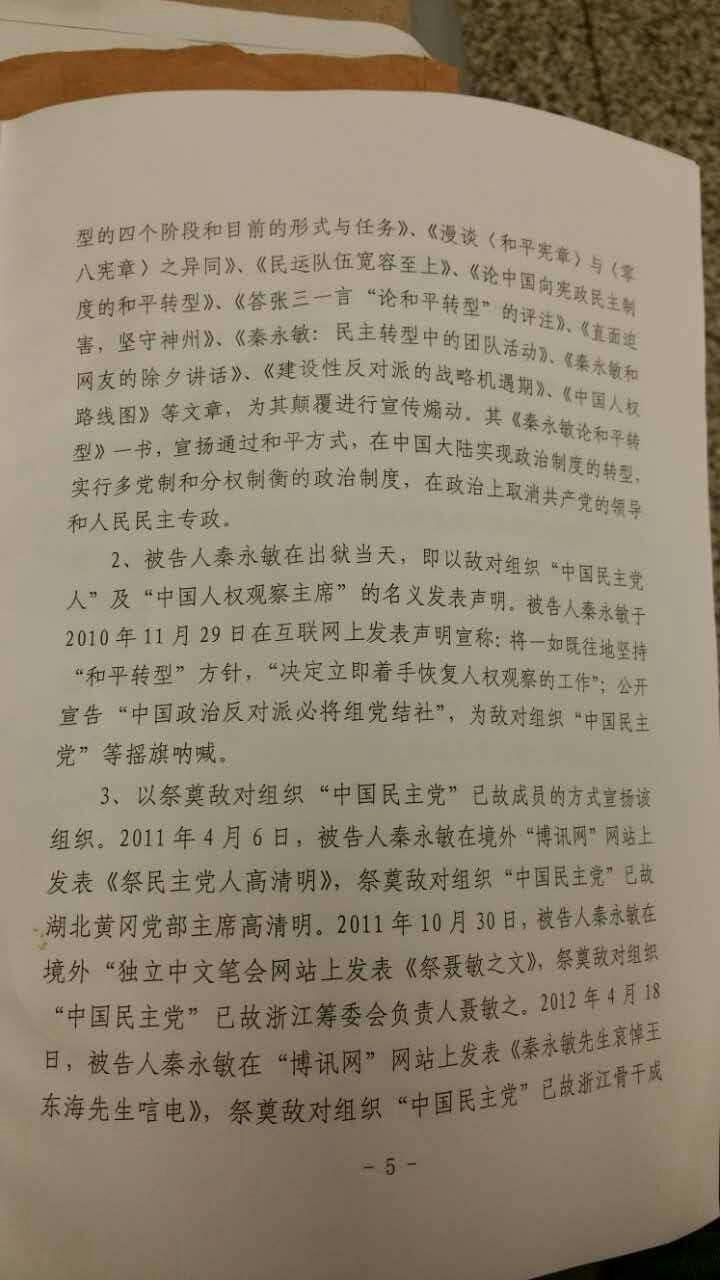 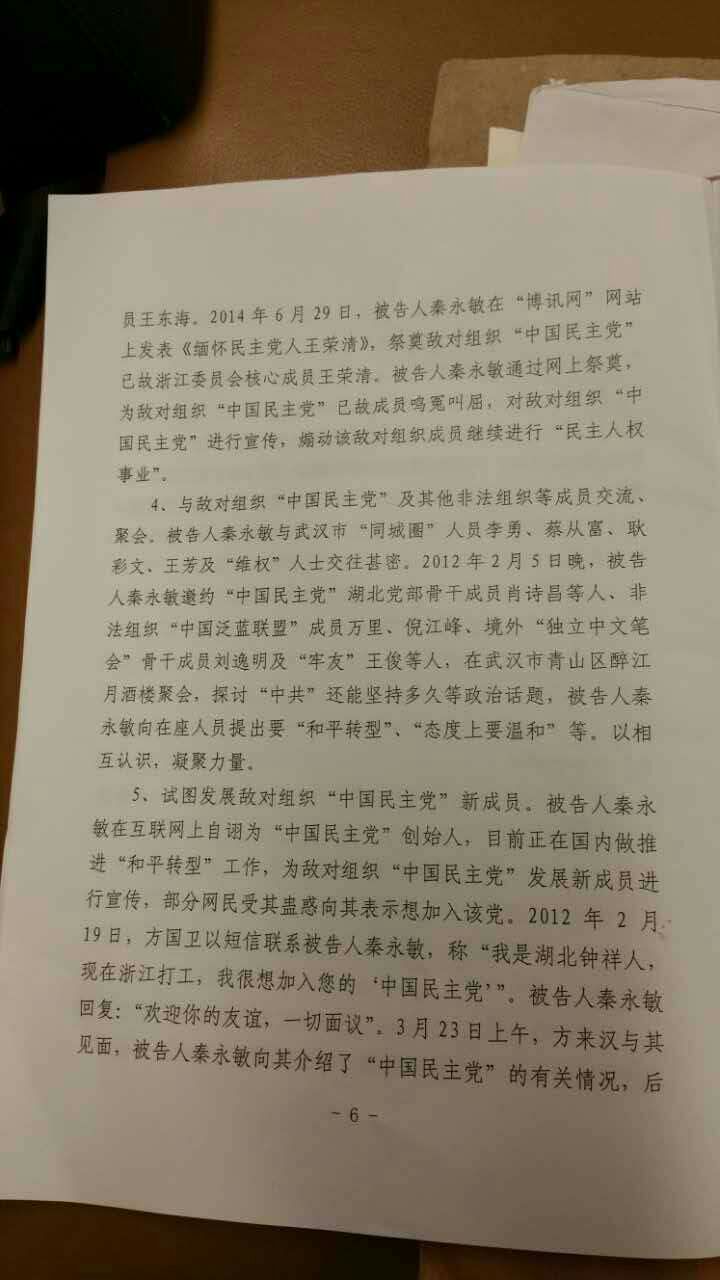 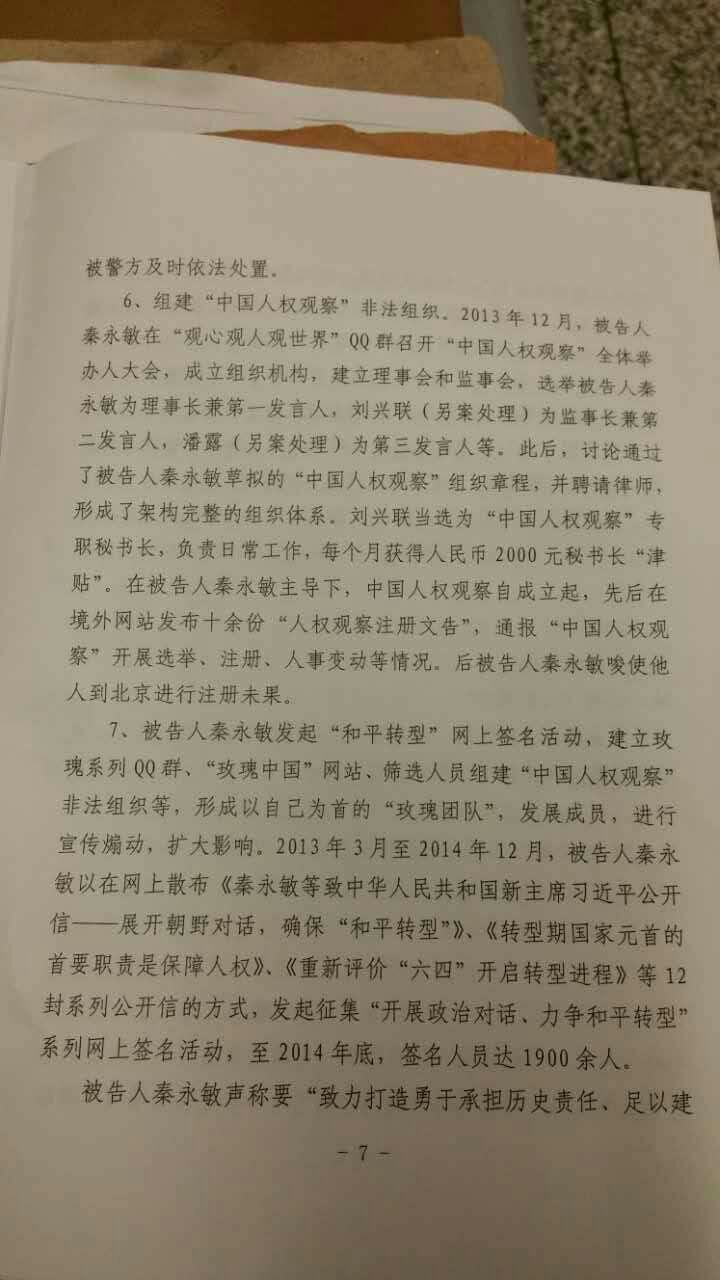 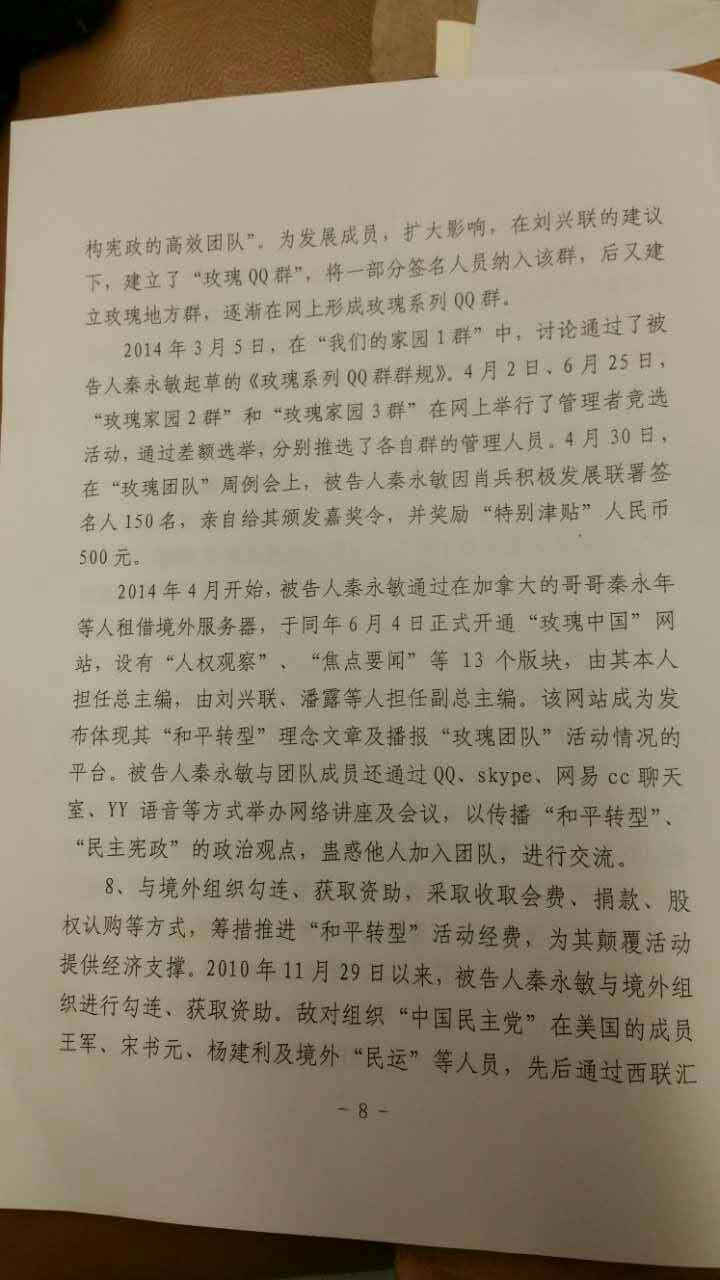 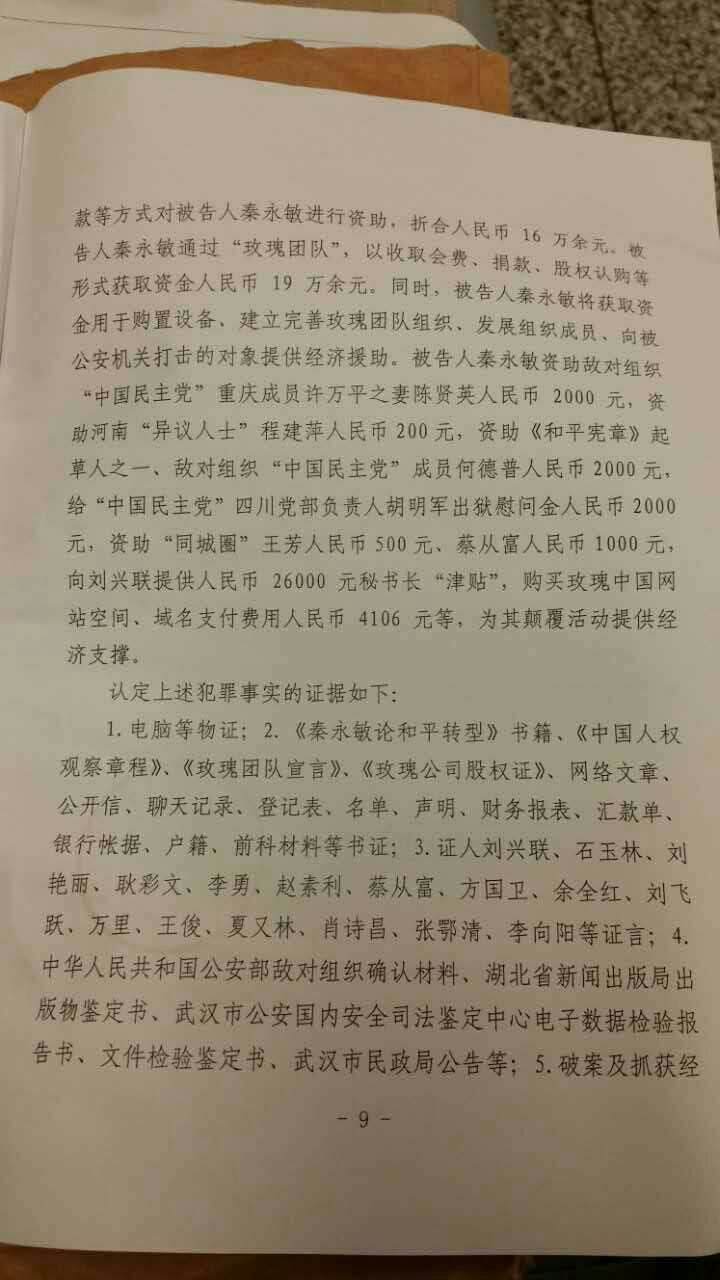